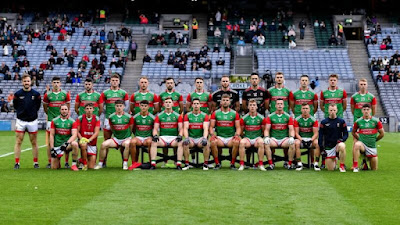 The 2021 Mayo GAA season was a season filled of ups and downs, a rollercoaster of a journey.

The end result may not have been in Mayo’s favour but as always, we learn from mistakes and our players hold their heads up high for putting their all out on the pitch until they had nothing more to give.

2021 was yet another year where we had to learn how to keep living with Covid-19 but that did not stop the people of Mayo from getting behind our panel for what was to be a rollercoaster of a season.

We started our season without some iconic veteran players but as they say in showbiz ‘the show must go on’.

Ever since James Horan returned to the Mayo panel we have been introduced to exceptional young talent, that became a much-needed addition for the panel, this year was no with the rise of Ryan O’Donoghue and Darren McHale 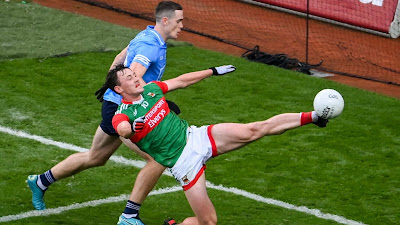 We commenced our 2021 campaign with the fight to get back to division one and it was not much of a surprise that Mayo regained their division one status.

As the road to the Connaught final began, the one thing we could not let happen was believing it was a ‘walk in the park’ to get to the final, battling it out with the likes of Down, Clare, Meath, Westmeath, teams that were willing to go to war in order to get to Division 1.

We then got the opportunity to battle it out again with our great Connaught rivals Galway yet again and it was yet another chapter of an amazing rivalry between the two top teams of Connaught.

The 14th of August 2021 will forever be remembered as one of the greatest days in Mayo football, a battle where in the past we have been on the wrong side, but it became a day where we celebrated like there was no tomorrow.

Over the past 7 years Dublin held the All-Ireland crown for and the big question on everyone’s mind was who was going to stop them?

Now I must admit I was preparing myself for defeat and preparing for the long debates on who would finally beat the Dubs. 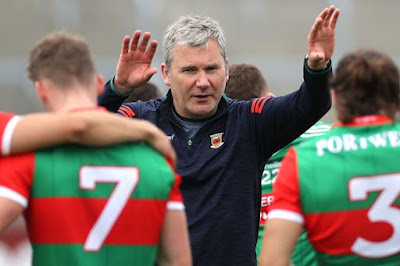 We had to listen to critic after critic go against us in the match predictions and being honest many Mayo fans didn’t believe we could do it.

Just seeing what the win meant to our panel, Rob Hennelly’s incredible free, Brendan Harrison’s return after being injured for 18 months, the smile that never left James Horan’s face.

The ethos of the GAA is mostly about the game but we can’t forget the magic it creates for communities.

I think as soon as we heard we were going to face Dublin as fans we were preparing ourselves for the ‘defeat’ feeling which we have been used to for so many years.

To think the question was asked “Who will beat Dublin”, “Are they unstoppable”, to think it was the team that have been through hell and back over the years in GAA. 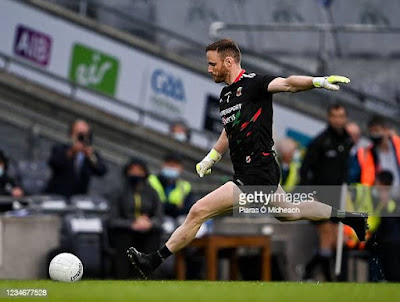 The ones who nobody thought would do it are the ones that did it. I won’t lie I was unsure but by the end of the night even more proud to call myself a Mayo Woman.

To see the joy and excitement throughout the county made me emotional because us fans know the heartbreak and misery, we have been through along the years, and I couldn’t have been prouder of James and the players for proving all the doubters wrong and making it to the All-Ireland Final for the second year in a row.

It’s safe to say we were all preparing for a final against Kerry and shocked when Tyrone were named our opponents.

As a panel we had gone through a lot to make it to the final, the absence of Cillian O’Connor, injury of Eoghan Mc Laughlin but we weren’t going to let these setbacks stop us in the hunt for glory.

Our players and panel have put their heart and soul on the field every time, but it was simply Tyrone’s day.

As James Horan said “We didn’t play the way we are capable of “, but we shouldn’t let the one lost affect us.

Mayo didn’t play the way we did against Dublin; mistakes were made but as every team who loses no matter what the sport may be, you pick yourself up, learn from the mistakes that were made and prepare for the next challenge that lies ahead. 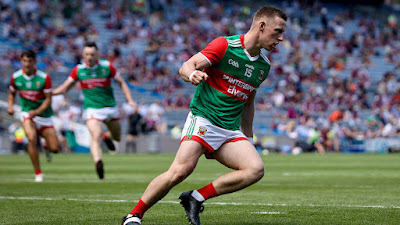 Each year the build up to an All-Ireland final is always the most nerve wrecking time for GAA fans.

As the weeks were building up it was great to see the amazing atmosphere in Mayo and it’s safe to say it was a season we won’t forget.

Our players and panel have put their heart and soul on the field every time, but it was simply Tyrone’s day.

Although Mayo didn’t come out the winning end it was simply another day, I was proud to say I’m from County Mayo and another day I was proud of our panel.

Although we fell at the last hurdle, we tend to forget these lads make huge sacrifices in order to represent us in then world of GAA. When you look back at all the lads that have came in the ranks in Mayo GAA, its this era being considered one of the greatest. 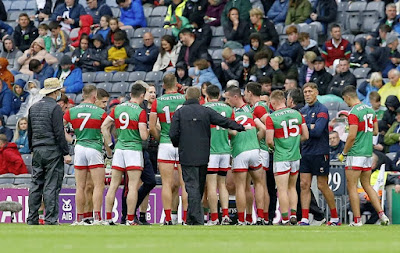 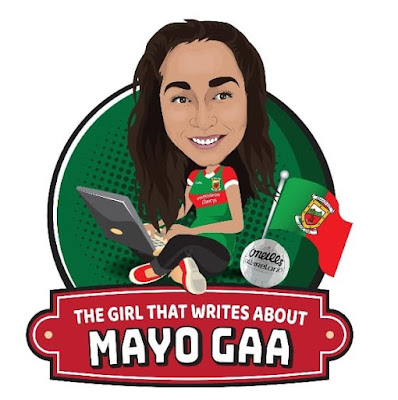