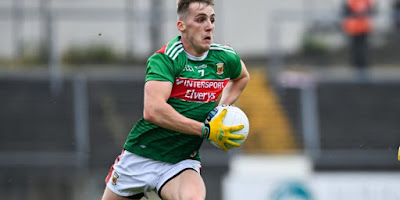 2020 was a year of difference but it was a year that Mayo GAA got to witness the rise of future stars.
In just one season Eoghan Mc Laughlin along with Tommy Conroy, Oisín Mullin became the magnificent trio to burst through the ranks to senior level to start and new era in Mayo GAA history. 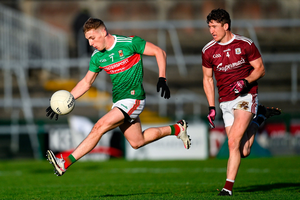 The Westport man debuted against Leitrim and has made a great addition to the senior men’s team aswell aswell as earning All Star and Young Footballer Of The Year nominations in only his first year. 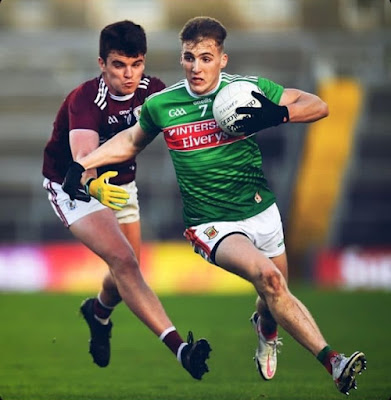 The former cyclist turned footballer raised a few eyebrows as to would he be suitable in such a high profile team but there’s no question now that Mc Laughlin has such a bright future with Mayo at such a young age.
With his most memorable match being against Galway in the Connaught final the twenty year old proved that he’s well capable for the crazy world of Mayo football. 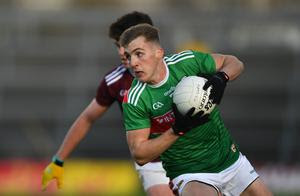 His athleticism and passion for the game makes you proud to be a Mayo fan knowing the great talent that’s making its way up the ranks.
One thing that was frequently said throughout last season was fans not being able to see in person the great talent of Mc Laughlin and co but I’ve no doubt they’ll be even ten times better with the amazing support of Mayo fans. 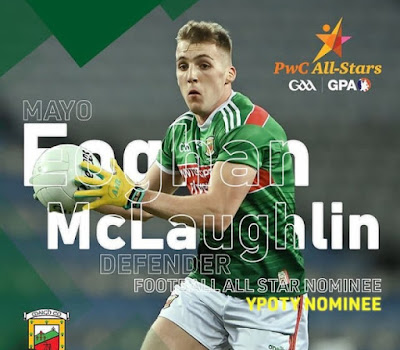 Knowing Mc Laughlin’s capability makes me assured that the present and future of Mayo football is in good hands.
For many seasons to come I’ve no doubt Eoghan Mc Laughlin will be considered as one of the best in GAA and be an inspiration for aspiring future GAA players.
Many critics in the GAA industry say with all the recent retirements there will be a huge gap in the squad, seeing how strong of a player Mc Laughlin has become, just think of the capability of the team with both young and experienced players coming together.
I look forward to seeing how Mc Laughlin will perform for both Westport and Mayo and I’ve no doubt Eoghan will be a frequent feature in Mayo’s hunt for silverware. 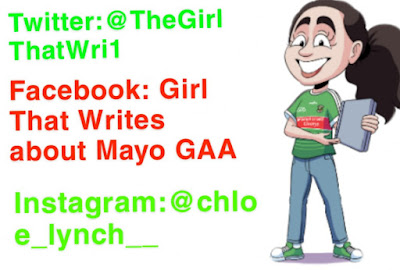 Good read well done, looking forward to the next one 🙂👍