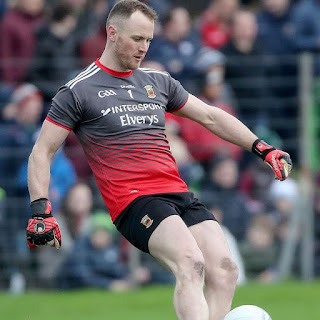 Everyone knows Mayo GAA has the most incredible fans.

Each fan has a player that they look up to, someone they’ll support no matter what.

While many fans favourite players are the likes of Aidan O’Shea or Cillian O’Connor, mine is no other then goalkeeper Rob Hennelly.

Having been with the Mayo panel since 2011, the Breaffy keeper has had some career in the green and red jersey so far while being one of the frontmen for the Breaffy senior team. 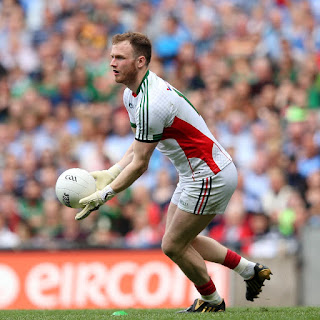 From  lining out on the field for the division

1 win, the detrimental penalty save against Galway in the Connaught final, to great performances against the Dubs it has been some journey in those goals.

The thing I most admire about Hennelly would have to be the passion and determination display  on the pitch.

Any time I have gone to a match, you can see the work paying off after years of blood, sweat and tears in the goals.

Once Gaelic football resumes ill be very interested to see how things plan out in goal considering the recent retirement of Clarke.

I’m fortunate enough to have one of Hennelly’s shirts and I always wear it to matches, in March 2019 when Hennelly came on for an injured David Clarke, on a cold yet sunny Sunday, I took off my jacket with a huge smile just so i could show off the shirt 😂 (ive been asked do I play for Mayo many times)

It’s not irregular to see Mayo fans run on to the pitch to meet players after games and especially during recent times I cherish the memories I made myself.

I’ll never be able to thank Hennelly enough for always being so kind to me whenever I went on to the pitch to ask for a picture or to get my jerseys signed because its those little moments that you’ll be so happy happened nothing can burst your bubble.

It’s been said many times that Mayo football is in good hands despite veteran players that have hung up their jerseys.

There’s no doubt the goals can be such a rewarding yet crippling place at the toughest of times but I believe whenever the GAA resumes Hennelly will be putting on outstanding performances in the goals, showing all the fans and critics that the Mayo goals are in good hands! 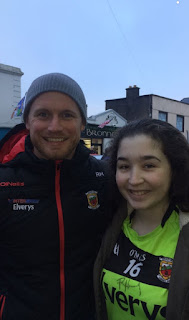