One More Fight To Go 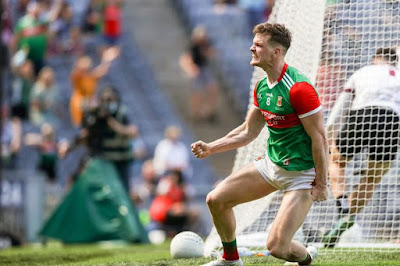 14th of August 2021 one of the best days in Mayo GAA history, It was just a day as a whole where I was even more proud to say I was from this amazing county.

I don’t think you can really put into words what it means, we had to listen to pundit after pundit put us down, the match being decided before a ball was even kicked.

Yes I know we have had our share of bad luck in the past but its a new era in Mayo football and I couldn’t be more prouder of our lads for proving their doubters wrong. 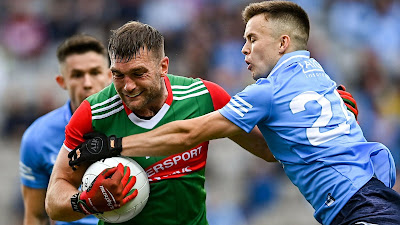 Our season was not a smooth road, a few bumps along the way but our lads prevailed through every obstacle put in front of them.
The season started with a weary atmosphere because of Division 2 football but the atmosphere was lifted thanks to promotion to Division1.
Last season we got an introduction to a new era in Mayo football with the debuts of Mullin, Conroy and Mc Laughlin and we got even more fortunate with the likes of Darren Mc Hale and Ryan O’Donoghue.

Once the Connaught final came around I had no doubt there would be another Connaught Title added to Mayo’s trophy cabinet.
Its safe to say it was not like most Connaught finals in the past but it was the start of the road where people realised Mayo are a threat here.
We may have lost one our biggest stars earlier on in the road but as they say the show had to go on and I couldn’t be happier with Ryan O’Donoghue stepping up to the plate and showing he can handle it when the pressure was put on.

When it was announced that Dublin was Mayo’s next challenge to face, many thought our road had been stopped before the ball was even thrown up in the air and I must admit I was one of these people.
Whenever I watch the match back its like trying to find an answer on how we pulled it off, I don’t think  it will ever sink in that out of all the counties that could have stopped the road for 7 it was the ones who have not won an All Ireland in 70 years.
After the match last Saturday the joy that was amongst everyone in Mayo just imagine if we come out the winning side on September 11th.
Every day going by is one day closer to September 11th.
Many Mayo supporters are saying we will do it and others are on the fence, for me personally my heart and my head are battling it out trying to come to a decision because there is so much to take into consideration when trying to decide an outcome.
If I aa euro for every time I’m hearing “Kerry are bringing something different to the table “, ” Tyrone have the fighting spirit” although I agree with some of these statements Mayo have been transformed into a team with a mixture of veterans who have their fair share of experience and rookies who bring a new perspective to things.
Although I’m on the fence I cant go against our lads, On this blog I talk constantly about the amazing talent we have wearing the green and red jersey and I can’t see why Sam wouldn’t be coming to Mayo on September 11th.
Best of luck to James and the panel, I couldn’t think of any other manager I would want to lead an amazing group to glory and of all the managers we have had throughout the years James is the rightful one that deserves the medal.
Whatever may happen never forget each one of ye has made your county proud.
As always Maigh Eo Abu !

2 Point Win In Bekan – Mayo vs Galway U-20 April 6, 2022
Previous Post We Came, We Fought, We Conquered – All Ireland Semi Final 2021
Next Post Nobody Deserves It More