Right Half Back- Paddy Durcan 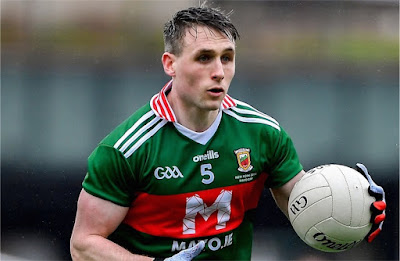 Through the years any young GAA player in Mayo  that has come through to play for county senior level have proven themselves to managers and have gone on to become brilliant veterans of the game.

Amongst all the names on the list a standout in my opinion is Paddy Durcan.

Even though Durcan joined senior level in 2015, it makes you think where has the time gone.

Along with an outstanding county career, All Star recipient, Connaught and Division 1 titles, Durcan has become a breakout star player for club Castlebar Mitchels whilst also a fan favourite for all ages while wearing the green and red jersey. 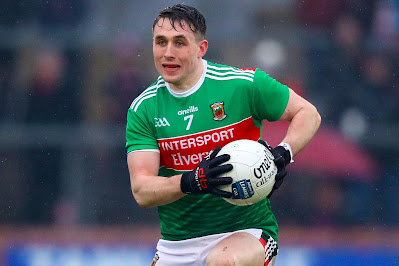 The former captain has proven to be a key player that brought us goals and points when we needed them most and who in my opinion is a great player for any young GAA player to aspire to be.

From his debut against Sligo in 2015 to an eventful career both club and county so far, taking into consideration how far Durcan has come in the Mayo ranks to excellent performances on the field, I believe the best is yet to come for the Castlebar Mitchels man. 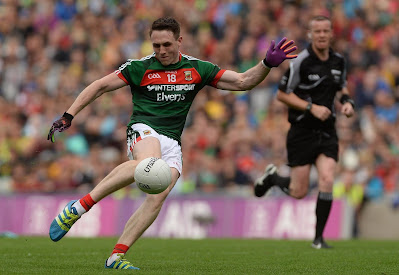 While being a frontman for both Mayo and Castlebar Mitchels the Castlebar man has earned the respect from players and fans after all passion and Dedication show  both on and off the field.
There’s no doubt Durcan has become a great player in what feels like such little time
He’s gone on to prove why passion and determination is a key to reach your full potential on and off the field.
When football returns I look forward to seeing Durcan performs considering the changes in the team.
There’s no doubt in years to come Durcan will have cemented his legacy as a true Mayo legend and an inspiration for the next generation. 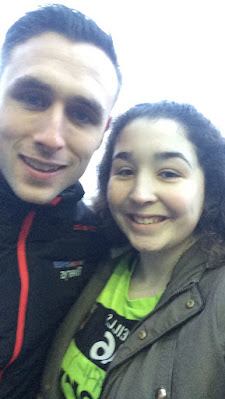