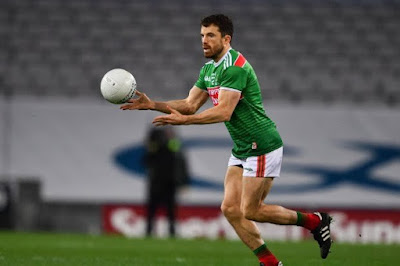 There will never be a year in Mayo football where we give up on our lads.
We rally behind the players, screaming from the top of our lungs, star struck whenever we meet a player.
After 13 seasons wearing the green and red jersey, Chris Barrett has hung up his Mayo Jersey.
The Bellmullet man racked up some CV in 13 seasons, 1 all star, 7 Connaught Championships and 1 Division 1 title. 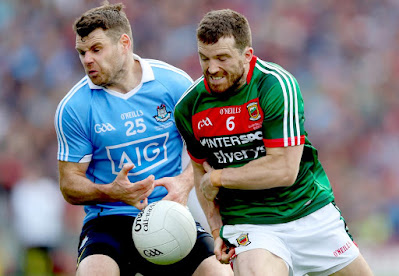 The All Star defender put his heart and soul out on the pitch each match being the glue that kept our defence in tact.
Making his debut against Longford in 2010, Barret went on to represent Mayo in the National League 85 times and 47 Championship appearances. 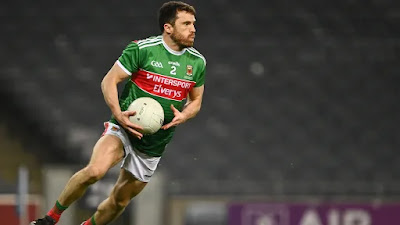 In a period of 13 years Barret cemented his legacy as one of the greats to have put on the green and red jersey.
There’s no doubt that Barret’ s boots will be hard to fill put above the shock and sadness of the retirement, it makes you thankful for the greatest days Barret contributed to whilst wearing the green and red jersey.
There can never be enough thank you’s to everyone who put on their jersey and wore it with pride Barret is a perfect example.
Thank you for everything Chris and happy retirement 💚♥️
Twitter:@TheGirlThatWri1
Instagram:@chloe_lynch__
Player Profiles