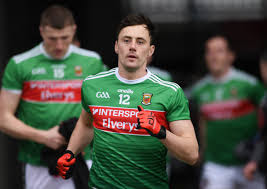 Through the years Mayo GAA have been very fortunate with the young players bursting through to the senior team, each player comes through determined to be at their best and have contributed goals and points when we needed them most.

One player who’s a perfect example of this is Diarmuid O’Connor.

Having made his senior debut in 2014, O’Connor has gone on to be  All Stars Young Footballer Of The Year 2015 and 2016, Mayo Senior Captain, minor and u21 All Ireland’s  and one of the key players in the Ballintuber Senior team. 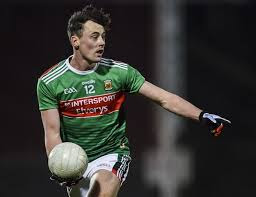 The Ballintuber man has given 110% to both club and county with a score history of 5-25 easily became a fan favourite for Mayo fans. 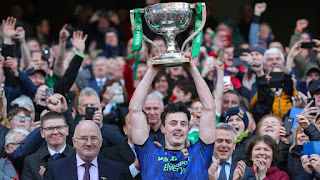 Even though O’Connor has been on the senior team since 2014 I believe we have yet to see what he’s truly capable of.

At first there was always going to be the comparison with brother Cillian but it’s been great over the years seeing  how far Diarmuid  has come in the Mayo ranks.

As I said before the players mean a lot to the fans.

Whenever fans would run on to the pitch there would be no doubt O’Connor would be met with a heroic welcome no matter what the scoreline was. For my own experience when O’Connor got the eye injury, after the match I was standing at the tunnel little did I know when I turned around I was in the middle of a massive circle of fans trying to get an autograph from O’Connor.

Taking into consideration the recent retirement there’s some huge shoes that need filling in the Mayo team.

In not a huge amount of time Diarmuid has shown throughout the years he has what it takes to guide the team to winning ways.

When football returns I’ll be hoping that James Horan uses O’Connor to the best of his ability.

For the new football season players like Diarmuid I believe will take the team to new heights and prove that Mayo football is in safe hands.

Well written piece, well done! If we ever do win the All Ireland, Diarmuid will be one of the driving forces behind it. Saved his best performance for the final last year. Superb footballer with a huge engine. Keep up the good writing!